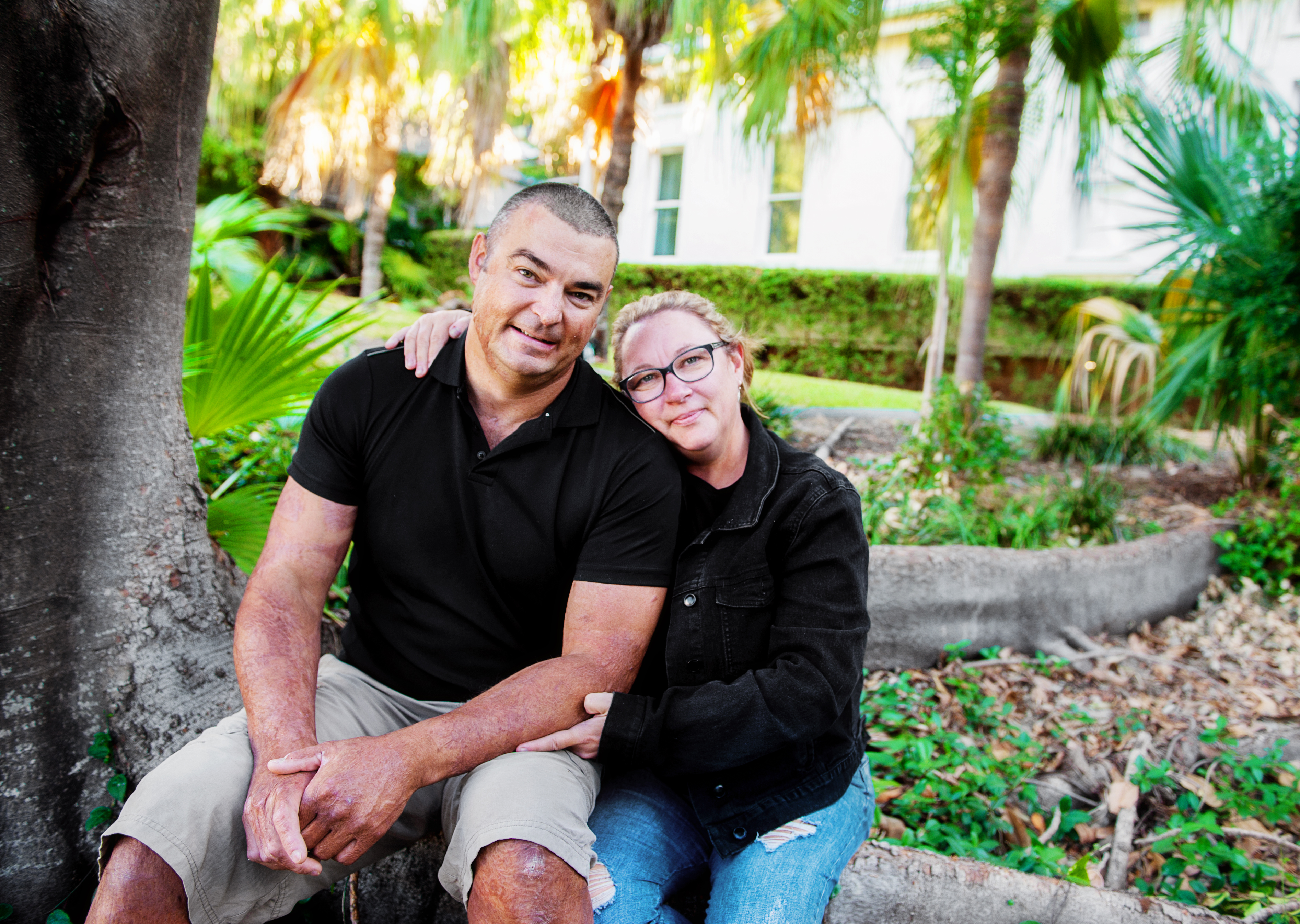 Among RBWH staff, North Queensland skipper David Andersen is considered a walking miracle after surviving a 2015 boat explosion which left him with burns to 90 percent of his body. To his mates back in the Whitsundays, he’s Captain Crispy Dave.

It would take 12 months for Dave to return home after the horrific accident, spending the first three months as an inpatient at the RBWH Professor Stuart Pegg Burns Centre. A further nine months were needed, as an outpatient, for ongoing medical treatments and physiotherapy.

And while RBWH professionals worked tirelessly to help Dave’s body repair and adapt, it was a peer support program called Burnslife which helped ease the psychological pain. Burnslife helps patients as they adjust to life outside hospital. It was a network that Dave came to depend on.

Also critical to Dave’s survival was the use of skin donated to the Queensland Skin and Bone Bank which was used as a temporary biological dressing. The bank is one of only two operating in Australia.

Thanks to donors, the RBWH Burns Unit is now one of the best in the world and it continues to produce breakthrough research.