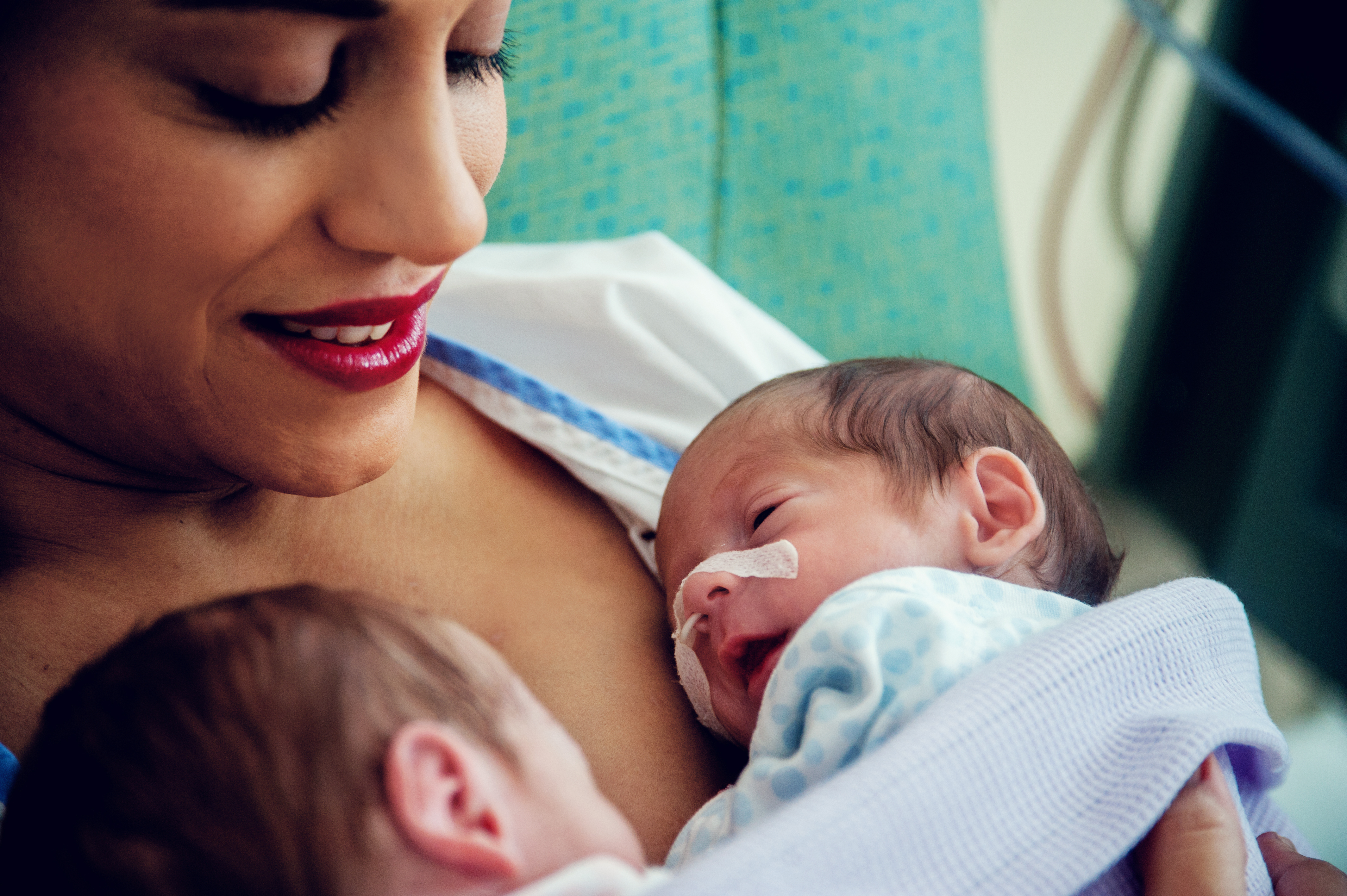 Bundaberg mother, Anna Holden, was warned early in her pregnancy it was unlikely she would carry her much anticipated twins to full-term. Nothing, though, prepared her to welcome them eight weeks early.

Rushed to RBWH, Anna’s main concern was for her unborn pigeon pair, Bobby and Marylou, but it was Anna who was also at risk. Within two days of arriving at RBWH, her twins were born by emergency caesarean and Anna was in the Intensive Care Unit (ICU) with pre-eclampsia and pulmonary edema.

Anna had been transferred from Bundaberg Hospital because its Special Care Nursery is only able to treat premature babies born around 34 weeks. It was a potentially lifesaving decision.

Bobby and Marylou both needed treatment in the Neonatal Intensive Care Unit (NICU), with Marylou requiring Continuous Positive Airway Pressure (CPAP), a type of respiratory support which helped conserve her energy so she could put on weight.

After eight weeks of care and a few setbacks, including hernia operations, the twins and Anna were able to return home healthy and well.